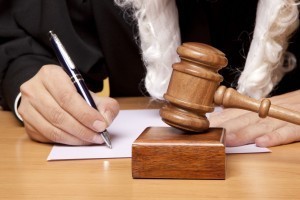 Becoming a United States citizen is a dream for many people, but it is often an especially difficult one to achieve. For all the millions of people worldwide who would to obtain citizenship, only a tiny fraction actually make it to the goal, with many of these seekers having difficulty even gaining entry. For many, a far more realistic goal (at least initially) is obtaining the so-called “Green Card,” the document that allows for permanent residence.

Start your life in the U.S. with residency

In fact, this is generally a much simpler and more tractable process than becoming a full-fledged citizen, and it also allows for the obtaining of citizenship further down the road. There are a number of ways to start your life in the U.S. with residency, with some of them being more common and more promising than the others.

Make Use of Family Connections

By far the most common and straightforward way of obtaining a Green Card is to leverage family connections. Most often, this means marrying or already being married to an American citizen, but children can also rely on their citizen parents for the same purpose. Unfortunately, for many people, other types of familial relationships do not allow for this especially easy route to residency, although they may be taken into account for the purposes of issuing visas.

Be Sponsored by an Employer

The next most common way of obtaining a Green Card is to have a long-time employer vouch for an individual’s value and indispensability. Short-term employment arrangements will rarely suffice for this avenue, because immigration authorities will want to see that a reputable employer has developed a real understanding of what an applicant has to offer. In particular, the Green Card applicant will need to stand out as possessing skills that are so rare and valuable that few Americans can boast of them, a bar that can sometimes be hard to meet.

Another popular way of trying to obtain a Green Card is to enter the government’s lottery. The odds are long, but some few of those who enter every year do come away with a prize. Even for those who might have other means at their disposal, this can be an option worth pursuing as well, because it represents another chance to achieve the goal.