Patch cables and Ethernet cables are terms that are often used interchangeably but there are differences. The term Ethernet refers to a standard or a protocol whereas patch cables can be any type of cable including cable that is used for telecommunications, audio, visual and computer networking. In the case of Cat 6 patch cables; this refers to a reasonably short length of Cat 6 Ethernet cable that is made up with RJ45 connectors each end.

Ethernet is a common protocol:

Ethernet cable is eight conductors divided into four pairs, these cables are terminated in RK45 connectors. The term Ethernet refers to the standard that defines the method of data transmission. The common types of Ethernet cables are solid copper and stranded copper.

Although telephone cable as well as HDMI cables can be referred to as a patch cable, the term is generally used in computer networking circles where the cable that is used is Ethernet cable.

When patch cables are used in computer networking installations they are commonly found connecting patch panels to various network devices, providing continuity to all the computers which are connected into the network. Although patch cables are available pre-manufactured in various lengths, custom lengths can be sourced, in many cases network engineers will make patch cables to suit using Cat 6 Ethernet cable and Cat 6 connectors.

Patch cables can be confused with crossover cables which are also made using standard Ethernet cable; four twisted pairs. Whereas a patch cable is used to connect a network adapter to an Ethernet switch or hub, a crossover cable is used for direct connection between two network adapters on two computers, in other words, to connect two computers directly to one another. Although this sounds as if it would use an identical cable, the wiring configuration of the color coded pairs is different.

Cat 6 patch cables with or without boots, in a wide variety of colors and pre-set lengths are available from Cables.com. 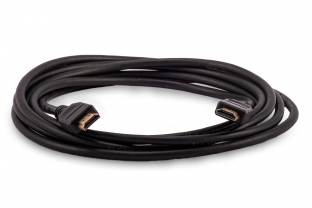